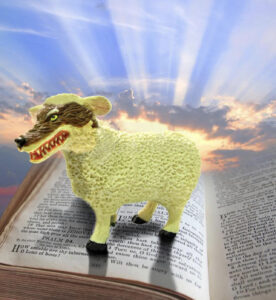 Commentary by Bishop William Nicholson
IS THE MORAVIAN CHURCH APOSTATE?
We are known by our Fruits
October 4, 2022

Is the Unitas Fratrum, the worldwide Moravian Church, an emerging apostate Church of the end days?  I would hope not, but this is a good question to ask, since for the most part its National and Worldwide leadership has altered an historic Bible understanding of truth.  It has done this by allowing gay clergy to serve in its pulpits around the world.  As a result big splits are beginning to happen across the Moravian world and will continue to happen.  In recent days, by autumn of 2022, the Moravian Church in Cuba and Nicaragua has split on this issue.  An increasing number of Moravian Churches have left the Unitas Fratrum.

Rumors are growing.  The ripple effect is being felt across the world; today is it is difficult to hide and what is said on the other side of the world is heard on this side of the world.  What we are hearing is that by the beginning of October 2022 in Panama, the Moravian Board of World Mission met with the Moravian Unity Leadership and leadership from the Moravian Provinces of Central America and Cuba to talk about who is causing disunity.  They also discussed how to keep Unity, which the Unitas Fratrum has been known for historically.

Not surprisingly, it is my understanding that our legally recognized religious organization called United International Moravian Ministry group (UIMM, a 501c3 non-profit and State of Alaska recognized Corporation) was brought up as a problem.  So. I must speak a little.

We feel that we are not the problem! We are known by our fruits!  I believe Jesus would have said something.  in Jesus’ day we know there were multiple religious organizations. The Sadducees and the Pharisees were two different religious groups in the nation of Israel at the time. Each group had a set of beliefs and practices, which made them distinct from the other. In reading the Gospels of Matthew, Mark, Luke and John it’s evident Jesus regularly opposed these groups. Jesus would regularly expose the false religious structures and ideologies of man.

As far as we are concerned there can only be unity in Christ according to sound doctrine, one baptism and availability for all to be saved. The Church of Christ is not a special social club for the elite, middle or lower class. The cost and admission for entry is the same to all, it costs everything.

Historically because of a younger generation revival that happened in Manokotak around 2005-06, as well as in our home Church, the Anchorage Moravian Church, Moravians under our influence began to grow in vigor, in the Spirit gifts, and in full fidelity to God’s Word began to fulfill the Great Commission of our Lord Jesus Christ and to make Disciples.  It’s aim was to fill the skies with lost souls redeemed by the blood of the Lamb of God.

When the Devil’s kingdom is hurt, he will everything he can to destroy God’s work.  Our exclusion by the Alaska Provincial Board and the Worldwide Moravian Unity in 2016 was based not on the Word of God, but politically based. This was a political decision based, we feel on our biblical stance on the gifts of the Holy Spirit and taking a soft stance against gay clergy serving in pulpits.

Currently, our influence is being felt across the world through the World Fellowship of Moravian Revival Church, Co-Chaired by Bishop Emmaus Mwamakula in Tanzania, and myself in Alaska.  The following is what I believe many of my fellow Moravians Revival leadership around the world may agree to:

“We trust in God who will separate wheat from tares (Matthew 13:36ff). We know the devil tries to destroy the truth (sadly like so much happening within the worldwide Church and the emergence of One World Religion – Chrislam), the sin of homosexuality which destroyed Sodom and Gomorrah, and agreed if we do not separate ourselves we are guilty of supporting gay clergy in church.

Shouldn’t we continue to love everyone and do everything we can, but hate the sin.  Nowadays, this concept of “hating sin” has been marginalized, but the bible is clear, we must remember, since we are made in God’s image, we are called to rebuke the sin of our fellow man in a token of love and concern for their souls and relationship with God.”

We are in end days and expect persecution, but we are more than conquers as we uplift Christ our Savior, who has called us to win the lost and disciple them in the grace and knowledge of Christ. There is little doubt that we are in the great end times apostasy. As those in discernment try to turn the light on there will be increasing cries Moravian circles for a false Unity, not driven by the Word of God.  It’s primary goal will be to protect the wolves instead of the sheep.

UIMM is a Moravian Revival Group.  We are not a separate denomination.  We are like Zinzendorf called, a “Living Family of God”; we know our true history and understand deep our long-standing Moravian heritage.  We can be in Unity as a family of God with all its diversity.

Again, there must be Unity in Christ according to sound doctrine, one baptism and availability for all to be saved.  Paul the Apostle, tells us that there is room for differences, there’s room for different purposes and functions within the same body. Romans 12 elaborates on this notion.

Romans 12:4-21 – For as we have many members in one body, but all the members do not have the same function, so we, [being] many, are one body in Christ, and individually members of one another… Be kindly affectionate to one another with brotherly love, in honor giving preference to one another; not lagging in diligence, fervent in spirit, serving the Lord; rejoicing in hope, patient in tribulation, continuing steadfastly in prayer; distributing to the needs of the saints, given to hospitality. Bless those who persecute you; bless and do not curse. Rejoice with those who rejoice, and weep with those who weep. Be of the same mind toward one another.