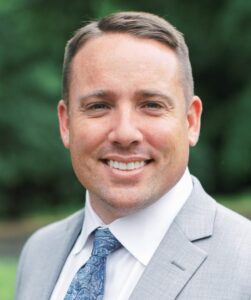 SPONSORED BY UNITED MORAVIAN MINISTRY GROUP AND THE ANCHORAGE MORAVIAN CHURCH IN ANCHORAGE, ALASKA:
Two great trainers and speakers beginning tomorrow, 10 am, November 12 & 13, 2021 at 624 and three evenings of Holiness Singspirations,, November 12-14, 6 pm, at 3512 Robin Street.
Dr. Charles Lake served as Executive Director of Growth Ministries and Consultant for Discipleship for the Southern Territory of the Salvation Army.  In 1977 Dr. Lake became the founding Pastor of a unique, independent, interdenominational church in Greenwood, Indiana. He served as Senior Pastor for twenty-eight years. During those years, the church planted ten daughter churches. In addition, grand-daughter and great grand-daughter churches now total a network of churches numbering thirty-four congregations in the U. S. and Brazil, S. A.
During his pastorate, Dr. Lake authored Discipleship Training: An Experience in Training and Accountability. The material, consisting of 10 nine-week levels of small group discipleship training, is being used by churches and Salvation Army Corps throughout the US and Canada. It has been translated into 6 different languages.
Dr. Lake earned an AB degree from Asbury College; an MA degree from Butler University; and an MDiv and DMin from Asbury Theological Seminary.
Dr. Lake and his wife, Vicki have two married daughters, two son-in-laws and two grandsons.
Dr. Matt Ayars is the President of Wesley Biblical Seminary in Jackson, MS. Prior to serving at WBS, Matt and his family served for 13 years in Haiti as full-time missionaries appointed to Emmaus University of Haiti where Matt served as the President.  Matt holds a PhD in Old Testament from St. John’s College in Nottingham, England, an MA from Wesley Biblical Seminary, and a BA from Asbury College.
Matt and Stacey have four children (Lily (12), Sofia (10), Nora
Note:  I tried to get a photo uploaded on Dr. Lake.  So far no success.  Sorry
Posted in AncMC News & Events.